Find a Physician   I   For Physicians   I   Feinberg School of Medicine   I   NM.org
PHYSICIAN FORUM HOME
NORTHWESTERN MEDICINE NEWS
CLINICAL NOTES
​AND NOTICES

Marijuana Legalization: What You Need to Know 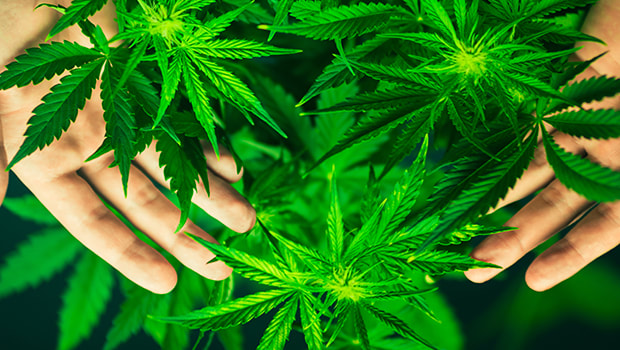 A new law signed by Gov. J.B. Pritzker on June 25 makes Illinois the eleventh state to legalize recreational marijuana for adults, likely resulting in noticeable changes for the healthcare system.

Illinois has eased state restrictions in the past few years, legalizing cannabis for medical use in 2013. As of June 2019, more than 73,000 patients had been approved to participate in the state's medical cannabis and opioid alternative programs. Minor possession of recreational marijuana was decriminalized in 2016.
​
The new law goes much further, replacing prohibition on marijuana for adults with a system of taxation and regulation. As of January 1, 2020, adults 21 years and older can possess cannabis and purchase cannabis products in licensed stores. Possession is limited to:
​
Here, two Northwestern Medicine experts answer questions and provide insights about the expected impact on the healthcare community:

Dr. Kim: In the Emergency Department, we’re likely to see a small increase in visits related to cannabis use. Many studies of marijuana legalization in other states cite large relative increases in patient visits, but it should be noted that the absolute burden remains low. For example, we found in Colorado that ED visits related to cannabis use increased to 38 per 100,000 ED visits after recreational marijuana legalization from 22 per 100,000.

Dr. Lank: While emergency physicians are familiar with the routine effects of cannabis, I worry even a small increase in cannabis-related visits could further exhaust a strained healthcare system. In states that have legalized recreational use, where it was relatively rare to see someone with acute intoxication — a patient every couple of weeks — it might be one every other day. In a busier ED, it might be three a day.

Q: Which physician specialties should expect to see the biggest increases in cannabis-related cases?

Dr. Lank: Just more widespread recreational use, without acute intoxication, can raise concerns for a range of specialties, including anesthesiology, oncology, and physical medicine and rehabilitation. Multiple specialty associations have come out with specialty-specific recommendations for management of patients who have frequent use of cannabis. I think pediatric and psychiatric patients are at particular risk for adverse effects. The increased risk of chronic psychiatric disease with early exposure to cannabis is very well documented.

Q: What is cannabinoid hyperemesis syndrome, and what do physicians need to know about it?

Dr. Kim: It’s a syndrome of cyclic vomiting that can develop in patients with chronic marijuana use. Patients typically present with intractable vomiting and abdominal pain, and they classically describe a habitual yearning for hot showers and baths. It’s notoriously difficult to treat because while the ultimate therapy is cessation of marijuana use, patients often think of marijuana as helping nausea and thus have difficulty understanding that marijuana use causes this syndrome. The overall prevalence is not high, but patients are memorable because of the classic features and degree of patient discomfort. In the ED, we have had the most success using butyrophenones to manage acute episodes of intractable vomiting but do not prescribe these for prevention or maintenance. There are multiple case reports of using topical capsaicin, although I have not tried this in my own practice. Gastroenterologists are already familiar with the syndrome and its chronic management.

Dr. Lank: It's a life-changing syndrome. The person usually describes improvement in symptoms when taking a hot shower or bath, but symptoms return and worsen if they continue to use cannabis. As Dr. Kim said, we will frequently use antipsychotics for the management of acute symptoms in the ED, but real symptom improvement can take some time — two weeks to two months after stopping use.

Q: What other types of problems are physicians likely to see more of?

Dr. Kim: In other states with legalized marijuana, one big issue has been public understanding of edible products because many people don’t realize that edible products take longer to reach peak effect. While inhaled marijuana may reach peak effect within minutes, ingested marijuana may take up to two to four hours. A person might eat a pot brownie, not feel anything in 30 minutes, so they eat another brownie, assuming they got a dud or didn’t eat enough the first time. But now the first edible is kicking in, and everything is coming to a head at once. As a result, public education at the point of sale is important. In terms of management of acute intoxication, treatment is similar to many other substances: Treat the symptoms, provide supportive care, and over time, the symptoms improve.

Dr. Lank: Every practicing clinical physician knows basic marijuana intoxication — inappropriate laughter, unsteady gait, red eyes. Higher-concentration THC products — including edibles but also inhalables and drops — can cause extreme clinical effects. Although relatively rare, THC overdose can cause coma or a constellation of symptoms that can appear similar to a stroke. One of the really concerning trends in states that have legalized cannabis is an increase in children under 12 exposed to it, primarily through edibles and accidentally. It’s very easy to see the attraction for a child of a bag of gummies left out on a coffee table.

Q: What are some of the topics physicians might raise with patients?

Dr. Lank: Major points to make are, if you’re going to consume, don’t drive. Keep products in a locked safe box at home, particularly if there are young children. For accidental pediatric exposures, always call poison control. One conversation I have with patients is that there is a false myth around cannabis and addiction. A lot of people outside medicine don’t believe you can be addicted to it. But approximately 9 percent of lifetime users have gone on to meet criteria for a use disorder, previously called dependence.

Dr. Kim: I think the biggest change that physicians can incorporate into their practice is giving good precautionary advice. Be careful with edibles — wait a couple hours before peak effect, keep out of reach of children. Don’t use marijuana and drive. Don’t use when pregnant. Additionally, one evolving area is the potential for conflict with employers. Marijuana remains illegal under federal law, so there is an awkward tension between federal and state law. Although the odds of being randomly drug tested by an employer might be low, it’s an important consideration. These are relatively uncharted waters, so it’s unclear how courts and employers will treat this issue going forward.

Q: Should we anticipate an increase in motor vehicle accidents?

Dr. Kim: I would expect a small increase, but it’s unclear how much. Studies conducted in legalized states report an increase in motor vehicle accidents, although these studies are observational and have limitations. But as a general principle, if marijuana causes intoxication and more people use it, it follows we might see more motor vehicle accidents. A related issue is there is no consistent definition of what level of THC in your system constitutes intoxication. Some states define it by nanograms per millimeter and others by clinical exam. THC is fundamentally different than alcohol in that it is highly lipophilic and may produce a positive drug result long after its clinical effects have worn off.

Dr. Kim: I don’t think this will be a significant issue. We previously published on the Colorado experience with marijuana tourism, and I would summarize this as being a large relative increase in out-of-state ED visits for cannabis use but a small absolute increase. Now, an increasing number of states have legalized recreational marijuana, and the novelty is wearing off. I think the bigger issue will be out-of-state visitors coming to Chicago for other reasons — conferences, business trips, weddings — who might use marijuana during their visits due to its availability and legality. These visitors might be at higher risk for toxicity from edibles, for example, given lack of familiarity with such products.

The Marijuana Policy Project, an advocacy organization for decriminalization and medical use, has created an easy-to-read summary of the new Illinois law.
​
Northwestern Medicine issued a policy regarding medical marijuana in NM facilities in 2015. That policy remains unchanged.
​
Academic articles relevant to topics raised during the Q&A: