Find a Physician   I   For Physicians   I   Feinberg School of Medicine   I   NM.org
PHYSICIAN FORUM HOME
NORTHWESTERN MEDICINE NEWS
CLINICAL NOTES
​AND NOTICES

On the Front Lines in El Paso and Dayton 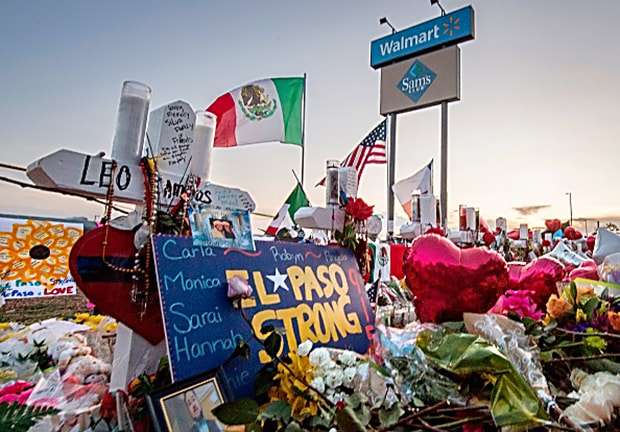 Just after 10:30 am on Saturday, August 4, a young man opened fire at a Walmart in El Paso, Texas. Thirteen hours later on that same day, another young gunman started shooting into a crowd in a popular nightlife district in Dayton, Ohio. Combined, more than 60 people were injured in the two mass shootings, and 31 lost their lives.

Also on this same day, at hospitals 1,600 miles apart, two recent graduates from the Northwestern Medicine Surgical Critical Care fellowship program put their training to work to care for the victims.

Rahul Rasheed, DO, graduated from the Surgical Critical Care fellowship program in 2018 and has lived in El Paso off-and-on for nearly six years. He is a surgical intensivist with Del Sol Medical Center, which treated 11 victims from the Walmart shooting, two of whom died a few days later after undergoing multiple surgeries.

Q. How were you alerted to the event?

Dr. Rasheed in El Paso: I was alerted by an urgent phone call from Trauma medical director, Dr. Stephen Flaherty. I had worked overnight and had left the SICU late that morning after operating on a patient most of the night. I had been in bed for no more than 30 minutes when I got the phone call to return to the hospital for a mass casualty incident. I got in my car and sped to the hospital. I could tell this was a real disaster and not a drill because the highway was filled with ambulances, fire trucks and police vehicles.

Dr. Narayanan in Dayton: Our ER staff had gotten word from local EMS agencies that a mass shooting was going on. They contacted me and my trauma team directly, and made us aware of the situation so that we could get ready and prepare for incoming patients.

Q. What was your role during the event and how did you prepare?

Dr. Rasheed in El Paso: When I arrived, I was immediately directed to an operating room where Dr. Flaherty was waiting for me. He needed to be in the ED to direct the triage, and so I scrubbed him out and continued the operation he had just started. It was clear that the victims had suffered shots from a high-velocity, large-caliber weapon. Many of the private practice general surgeons and subspecialists in the community showed up to lend a hand.

I did the first laparotomy with the assistance of an oral and maxillofacial surgery chief resident who happened to be there on an elective rotation. It was a similar story in other operating rooms ― people working outside their specialty and comfort zone to provide whatever support that they could to us trauma surgeons. All the ORs remained occupied throughout the day. OR staff and nurses who were not scheduled to work that day showed up just to help out.

Over the next several days, I took care of the patients in the SICU as one of three surgical intensivists in our group. We called in our other partners and rearranged our work schedules so that we could provide maximum staffing support to the patients, and to also offer rest to each other.

Dr. Narayanan in Dayton: I was the trauma surgery attending on call that night. I was responsible for running the traumas as patients arrived and deciding on plan of care. I ended up taking one of the victims to the operating room with a gunshot wound to the abdomen.

We prepared by having our trauma team ready. We assigned roles to trauma team members, nurses and ER staff in the trauma bay to ensure that things could run as smoothly as possible. I notified my back-up trauma attending as well to be ready in case multiple patients arrived.

What advice would you offer others who must be prepared for such an event?
​
Dr. Rasheed in El Paso: Looking back on this incident, I think it went as well as it could have for our Level II trauma center. I have a few recommendations for others that come to mind.
​
In October 2018, our hospital held a mock mass casualty incident to find out how we could best respond and what we could do better. I think it was an invaluable experience. It made everyone go through their worst case scenarios and come up with solutions for questions you don't normally think to ask: Where do we put critical patients if the ICU is full? How do we secure the hospital if the shooter comes to "finish the job?" Do we have enough ventilators, blood products, staff and other equipment to respond to the disaster? How do we know when we've reached capacity? Having these drills is vitally important, because you never know when you might have to put these contingency plans into action.

I would also recommend that one person be designated as the triage specialist. In this case, it was Dr. Flaherty who made decisions about who could wait for an operating room and who needed to go STAT.

A mass casualty incident is a physically and emotionally challenging event. The hospital made sure to have tons of water, coffee and snacks available to providers. Our hospital administration bought food and had it delivered to all the areas where the action was happening (ED, OR, IR and SICU).

​Over the next several days, counselors and other members of our employee assistance program were available around-the-clock to address our needs. It was not unusual to see people who were completely calm and collected during the event break down and cry in dark corners of the hospital. It's important to let that grief out.

Dr. Narayanan in Dayton: The first thing I would say is to not assume something like this couldn’t happen in your neighborhood. I always knew that a mass casualty incident was possible but truthfully never thought it would happen so close to home. I was wrong.

The second thing is to practice and prepare as best as possible. We have been running mass casualty drills regularly at our institution, and it definitely helped things run more smoothly. We do trauma program specific drills and tabletop exercises, as well as hospital-wide drills that include ER staff, OR staff, blood bank, radiology, etc. Doing these exercises helped us define areas that needed improvement.

How are you taking care of yourself following the event?

Dr. Rasheed in El Paso: For me, I didn't have any time to decompress or think about it —​ the needs of the patients came first. Now that I have had a few days off, I've slept a lot and have had time to call back the family and friends that sent messages of support and concern. That day after I was done with the last operation, I remember looking at my phone and seeing all the missed calls and text messages and realizing that I was loved by my friends and family. That's a great feeling, and gave me the strength to push through and continue working.

In a sense, even though no surgeon expects to be involved in a situation like this, this is precisely for what we spend our entire careers training and preparing. Every lesson learned from every operation you do or assist in helps prepare you for the next one. My fellowship training under Dr. Issa at Northwestern Medicine was invaluable as I took care of patients in the SICU over the next few days. I used every bit of critical care knowledge and training I had received to help those patients. It was a stressful time, but I knew I had been given the tools to succeed because of my fellowship at Northwestern Medicine.

Dr. Narayanan in Dayton: Just spending time with family and friends. It’s unusual to see a place like Dayton, Ohio -- a place where I grew up -- being a national headline. I actually have avoided reading or watching too much about the shooting mainly because I experienced the aftermath up close and the whole situation was already ever-present in day-to-day conversations at the hospital.

Do you have any additional observations?

Dr. Rasheed in El Paso: It's very sad to me that this happened in El Paso. I lived here for five years during my residency and returned after fellowship. It is an incredibly safe city filled with friendly people. To think that this would happen here is a shock for me, and for everyone who lives in this community. Despite the terror that has been brought to the city, it has been incredible to see the response of El Pasoans and the outpouring of support from the nation.

We in the SICU have been sent food, water and coffee from hospitals around the country with messages of support and solidarity. People of the city have been showing up in droves to donate blood and provide whatever support they can. Vigils, donation drives and other events have been held to support the victims and their families. Most of the billboards and businesses have changed their signs to read "EL PASO STRONG." I think "so strong" is a beautiful way to describe this multicultural, bilingual oasis in the desert that straddles the Rio Grande, and shares its history and borders with its sister city, Cuidad Juarez, just across the river in Mexico.

Thank you, Dr. Narayanan and Dr. Rasheed, for everything you do every day to help make your patients and communities better, and for giving back to Northwestern Medicine by sharing your experiences and insights. ​​
COVID-19 Home
COVID-19 HOTLINE
312.47.COVID (472.6843)
For non-urgent questions, email COVID-19MD@nm.org.​